What is Alpha-1 Antitrypsin Deficiency?

Alpha-1 antitrypsin deficiency is a hereditary disease that has lasting negative effects on the lungs and liver.

Alpha-1 antitrypsin deficiency is a hereditary disease that has lasting negative effects on the lungs and liver. Since the gene responsible for the disease can be subject to various mutations, different clinical pictures can emerge.

These range from mild forms of the disease that cannot be accompanied by any symptoms to severe forms of alpha-1 antitrypsin deficiency which can lead to cirrhosis of the liver and emphysema .

In addition, it is decisive for the form of the disease whether the genetic defect responsible for an alpha-1-antitrypsin deficiency was passed on from one parent (heterozygous, mild form) or from both parents (homozygous, severe form).

If the lungs are irritated by a bacterial infection or dust, elastase is released, which breaks down the proteins in the harmful substances. However, elastase cannot differentiate between endogenous and foreign proteins and also attacks lung tissue if it is not inhibited by alpha-1-antitrypsin.

Alpha-1 antitrypsin deficiency is typically associated with chronic obstructive pulmonary disease. This clinical picture manifests itself through a number of symptoms and changes. First of all, there is shortness of breath, which mainly occurs during physical exertion. This is accompanied by coughing, strong expectoration and wheezing or wheezing.

The damage to the lung tissue can lead to overinflation of the lungs, which causes dry, irritable coughs and pain. The lack of oxygen in the blood causes the skin to turn blue . Furthermore, a chronic obstructive pulmonary disease manifests itself through recurring respiratory infections, for example chronic bronchitis or inflammation in the upper throat.

The symptoms mentioned usually occur between the ages of 30 and 40, although the alpha-1-antitrypsin deficiency can exist a long time beforehand. Even before this, liver problems can occur. If the production of alpha-1-antitrypsin can no longer take place as usual, modified molecules accumulate in the liver cells.

Among other things, this can lead to chronic hepatitis and liver cirrhosis – both of which are often noticeable in childhood and adolescence. The typical symptoms are yellow skin, sunken eye sockets and sometimes pain in the upper abdomen . In the further course, the physical performance decreases considerably.

About a fifth of those affected also show bronchial hyperreactivity (hypersensitivity to the airways). Alpha-1 antitrypsin deficiency is characterized by a progressive, potentially fatal (fatal) course of the disease.

Alpha-1 antitrypsin deficiency can lead to a number of complications. The alpha-1-antitrypsin inhibits protein-degrading enzymes, i.e. if there is a deficiency, the degrading enzymes are not inhibited, which is why lung tissue can break down, especially in the lungs. The affected person gets poor air and thus suffers from shortness of breath.

The most common consequence here is chronic obstructive pulmonary disease (COPD for short). This is characterized by a sharp decrease in quality of life, but also in life expectancy. In addition, there is an overinflation of the alveoli (emphysema). This increases the shortness of breath and the dry cough again, and the affected person can suffer from a lack of oxygen (cyanosis).

In addition, the pressure in the pulmonary vessels is increased so that the right heart has to exert greater pressure in order to stop against the resistance. This can end in weakness (right heart failure), which is characterized by a sharp decrease in performance and fatigue.

The deficiency of alpha-1 antitrypsin also leads to considerable damage in the liver, which can even lead to cirrhosis of the liver. As a result, the synthesis capacity of the liver is severely restricted, which is why fewer proteins are produced. A disruption of the coagulation can be the result, but an increased occurrence of edema can also be observed here.

Since the alpha-1 antitrypsin deficiency can primarily damage the lungs and liver, medical treatment must definitely take place for this disease. The disease will not heal on its own, it needs treatment, otherwise, in the worst case, the person affected can die from it. Since jaundice usually occurs, the person affected should see a doctor or the hospital directly at the first signs.

In most cases, a general practitioner can also be visited here, who will refer the patient to a specialist. In addition, coughing and shortness of breath are also symptoms of alpha-1 antitrypsin deficiency and should be examined by a doctor. The lack of oxygen can cause the skin to turn blue.

In the long term, organs and extremities can be irreversibly damaged. For this reason, see a doctor immediately if the skin turns blue. In many cases, the patient’s resilience and performance also decrease significantly, which are common symptoms of alpha-1 antitrypsin deficiency.

The aim of the therapy is a slower decrease in lung function. In this case, abstinence from nicotine (avoidance of active and passive smoking ) is fundamental for the success of the treatment, since tobacco smoke additionally damages the alveoli and reduces the effect of the replacement therapy. At the same time, the corresponding sequelae and concomitant diseases of an alpha-1 antitrypsin deficiency that have already occurred are treated.

Further, a should respiratory therapy and a corresponding infection prophylaxis (pneumococcal and influenza vaccination ) take place. In some people with alpha-1-antitrypsin deficiency and impaired lung function, studies have shown that positive effects from therapy with glucocorticoids (including cortisone inhalers) can be observed.

In the advanced course of an alpha-1 antitrypsin deficiency, surgical treatment measures such as removal of the inflated areas of the lungs (lung volume reduction), liver or lung transplantation are required.

The average life expectancy with alpha-1-antitrypsin deficiency is 60 to 68 years, with nicotine consumption significantly reducing this (48 to 52 years).

As a rule, the alpha-1 antitrypsin deficiency leads to various damage and discomfort to the lungs and liver. In many cases, the symptoms of the lungs are recognized relatively late, so that early treatment of this disease is usually not possible. Those affected primarily suffer from jaundice , which is triggered by the symptoms in the liver.

Damage to the lungs can also lead to a strong cough and furthermore to shortness of breath. Because of the shortness of breath, organs and the brain may not be supplied with enough oxygen. The lack of oxygen also leads to severe fatigue and exhaustion. As a result, those affected can hardly carry out any physical work and are therefore significantly restricted in their everyday life. The quality of life is reduced by the alpha-1 antitrypsin deficiency.

Since alpha-1 antitrypsin deficiency is hereditary, there are no direct preventive measures. However, by following specific rules of conduct, a severe course of the disease can be prevented.

In the case of alpha-1 antitrypsin deficiency, the symptomatic treatment of the disease itself is in the foreground, as causal and causal therapy is not possible. Since alpha-1 antitrypsin deficiency is a congenital disease, genetic counseling should be carried out if the child wishes to have children in order to prevent this disease from occurring again in the children.

In many cases, the disease leads to further complaints and diseases of the respiratory tract and liver, so these organs should be examined regularly to avoid complications. The person concerned should avoid smoking in any case, whereby a healthy lifestyle with a healthy diet generally has a positive effect on the further course of the disease.

It is also necessary to take medication to permanently alleviate the symptoms. It is important to ensure that it is taken regularly, and the interactions with other medicinal products should also be taken into account. The life expectancy of the patient is significantly reduced by the alpha-1 antitrypsin deficiency.

It is not uncommon for the deficiency to lead to psychological upsets or depression. Conversations with friends or family can have a positive effect on the further course of this. Contact with other people affected by alpha-1 antitrypsin deficiency is also useful and can lead to an exchange of information.

The rare hereditary disease alpha-1-antitrypsin deficiency is present from birth, but is often not recognized because the first symptoms usually only appear in adulthood. This means that early, helpful medical treatments and targeted self-help measures are usually not available. Early detection of enzyme deficiency symptoms could also make a number of self-help measures more effective.

Even if the lung tissue is already damaged when the disease is diagnosed, light endurance and interval training three to five times a week is important within the scope of the existing possibilities. This strengthens the still intact alveoli . Targeted training of the respiratory muscles is helpful to support breathing .

Particular attention should a vitamin – and enzyme-rich diet to get that plant both of purely as may be established with the involvement of animal products. A sufficient supply of the fat-soluble [[vitamin A | vitamins A, D and E as well as the strongly antioxidant vitamin C is particularly important . Vitamin E in particular protects the cell membranes so that the immune system can act less aggressively on the lung tissue.

As a pure precautionary measure, those affected should avoid contact with people who obviously suffer from a cold or any other bacterial or viral disease in order to prevent infection if possible. Compliance with a strict smoking ban is an important precondition for the effectiveness of all measures. 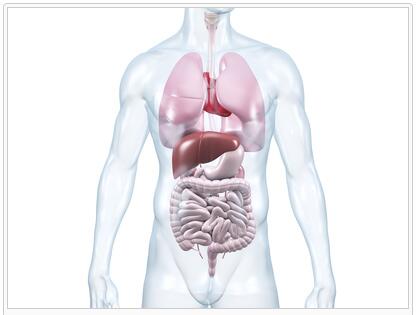