The first thing we are going to do before entering fully into the definition of balm is to know its etymological origin. In this case we can say that it is a word that derives from the Greek, exactly from “balsamon”, which was the name given to a tree whose resin had a really pleasant aroma.

The concept is used to name the substance obtained from some trees that is characterized by its aroma.

The balsams, barely leave the tree, have an almost translucent hue and are liquid. When they come into contact with the atmosphere, they take on a darker color and thicken.

Plants of different family groups that harbor these types of substances and medicines made with aromatic elements that are used as a remedy are also called balsam.

Usually a balm is made up of resin, ester, alcohol, and acid. According to which substance predominates in its composition, its viscosity level and its color change. Its most common use is as a flavoring agent, although it is also used in certain rituals.

In Ancient Egypt, for example, it was common for mummies to have balsam added as part of the development of mummification. This is why the process is also known as embalming.

The balsam of Judea, also called the balsam of Mecca, is one of the many balsams that exist. It is obtained from the Commiphora gileadensis plant, has a yellowish color and stands out for its intense smell.

Within the cultural sphere, it should be noted that there is a well-known balm. We are referring to the Balsam of Fierabrás. A miraculous and very healing balm that is mentioned on numerous occasions by the character of Don Quixote in the novel of the same name written by Miguel de Cervantes Saavedra.

According to DigoPaul, it was a balm capable of healing all kinds of wounds and ailments and has its origin in a legendary figure. We are referring to the gentleman of the Carolingian era Fierabrás. This was the son of a Saracen king who converted to Christianity and who, according to legend, found in Rome a very powerful balm.

We say very powerful because it, which seems to be the one used to carry out the embalming of the corpse of Jesus Christ, had miraculous properties.

Don Quixote makes mention of this concoction, as we have mentioned on several occasions. In one of them he goes so far as to affirm that he knows perfectly how to make it. Thus, he tells his faithful squire Sancho Panza that it is prepared with rosemary, wine, salt and even oil. Hence, I ask you to make it to heal the wounds you have suffered in combat.

It should be noted that the notion of balm is also used symbolically to name a relief, palliative or consolation: “Achieving a victory would be a balm for us”, “Physical pain will accompany you throughout your life, but with religion we can offer you a spiritual balm ”, “ Finding out what happened to my father was a balm for me ”. 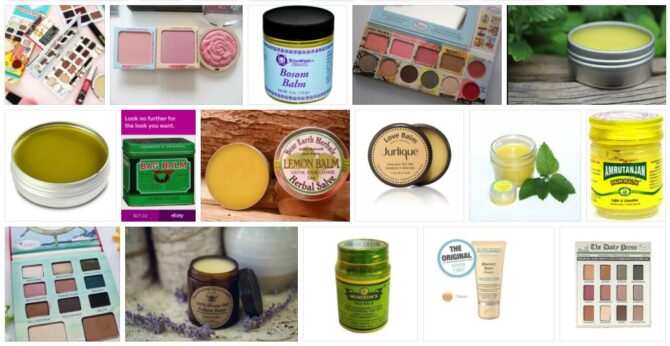